Photographer Imagines What the Models of Famous Paintings Looked Like In her Real Life Models series 19-year-old Hungarian photographer Flora Borsi imagines what the models of contorted and skewed paintings must have looked like if they were distorted in real life. Through some pretty hilarious photo manipulation Borsi examines the models for paintings by Kees van Dongen, Rudolf Hausner, and Picasso among others. The series is somewhat similar to photographer Eugenio Recuenco who re-imagined Picasso’s paintings as modern day fashion models. Several of Borsi’s works are now available as prints over on Saatchi Online. Graphic designer and competitor for Best Dad Ever David LaFerriere has been drawing illustrations on his children’s sandwich bags since 2008. Lucky for us he photographs almost every single one, over 1,100 of which you can explore over on Flickr. (via quipsologies)

Artist Hong Yi Plays with her Food for 30 Days 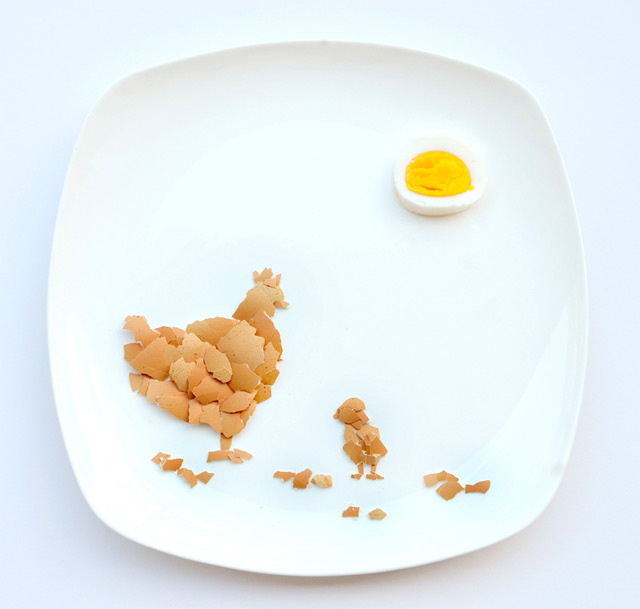 For almost every day last month Malaysian artist/architect Hong Yi (who often goes by the nickname Red) created a fun illustration made with common (and occasionally not so common) food. Her parameters were simple: the image had to be comprised entirely of food and the only backdrop could be a white plate. With that in mind Yi set out to create landscapes, animals, homages to pop culture, and even a multi-frame telling of the three little pigs. The project, which still appears to be ongoing, has been documented heavily around the web, but if you haven’t seen it all head over to her Facebook and read an interview on designboom. Photos will also be appearing on her Instagram at @redhongyi.

The Centrifuge Brain Project: A Documentary About Impossible Amusement Rides

In this brilliantly fun mockumentary from German filmmaker Till Nowak, a man named Dr. Nick Laslowicz from the Institute for Centrifugal Research (ICR) recounts his “achievements in the realms of brain manipulation, excessive G-Force and prenatal simulations,” stating unequivocally that “gravity is a mistake.” What follows is a series of increasingly terrifying and equally absurd roller coasters that fling passengers into the sky in an attempt to theoretically improve their cognitive function. Pulling no stops, the fictional ICR has a fully active Facebook page and website, though in reality the film has won numerous awards in screenings around the world in the last year. (via the creators project, swissmiss)